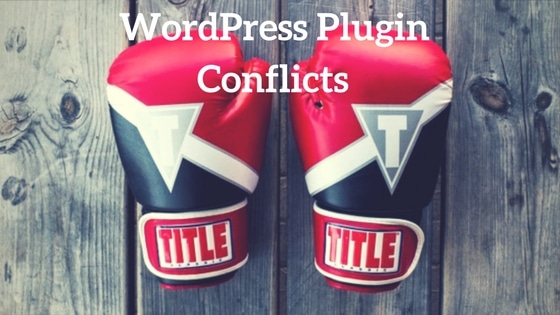 Plugins are the one software that makes it easy for users to add features to their website without knowing a single line of code. In this article, I will share with you the situations when there are some plugin conflicts arises due to various reasons. Plugin errors can occur after you have installed the plugin on your website, or have updated the plugin, or after you have updated WordPress version. It is almost impossible to avoid conflicts entirely if you use a lot of plugins. However, there are a few methods you can use in order to keep WordPress plugin conflicts and issues to an absolute minimum.

It is great to have the good quantity plugins by which the users get the various multiple functionalities for making their WordPress website. You can use these plugins for different purposes with functionalities as well. As much as the number of plugins you have, some situation arises from the conflicts between them.  You can get the analysis of conflicts here:

WordPress Version– Plugin code can be incompatible with the code used in the WordPress core files. Due to this, most developers update their plugins after a new version of WordPress has been released to ensure that their plugin is still compatible. Sometimes it results in plugin conflicts, so be careful before installing.

Conflict with Another Plugin – If you have two or more Plugins with similar functionalities. They do not always play well together, so, be nice to the plugin selection for the required functionality as it also results in conflicts.

Ways To Remove The plugin Conflicts

Once you have located the offending plugin it is a good idea to head to its support forum. These are usually found on the WordPress.org page for the plugin if it is freely available, or the plugin or developer website if it is a premium plugin. Chances are you aren’t the first person to have the conflict. Starting your own forum thread will require creating a WordPress.org account. If you don’t have one or logging into the account you created when you purchased the premium plugin.

Minor Plugin Can Be Replaced

Maybe you will find no solution for this conflict but there will be other plugins available to you that carry out the same function. Spend some time searching for a replacement plugin and do not just use the first one you find. Find one with good support and has been updated by its developers recently. It may even be worth your time contacting the developers of the new plugin and asking them. If the conflict you experienced with your previous plugin has been an issue for them. Note that you are not tied to any one particular plugin and if you can’t find exactly what you want it may be an idea to find someone to create custom code for your website that removes the need for a plugin completely.

Some More Steps You Can Go Through

At last, I am wrapping up my article and have tried all the possible points so that you do not have a need to worry in case of WordPress plugin conflicts. If you are facing the situation of conflicts, so in that case above are the points. You need to check out before working on WordPress website.

You can also check the following post for reference: