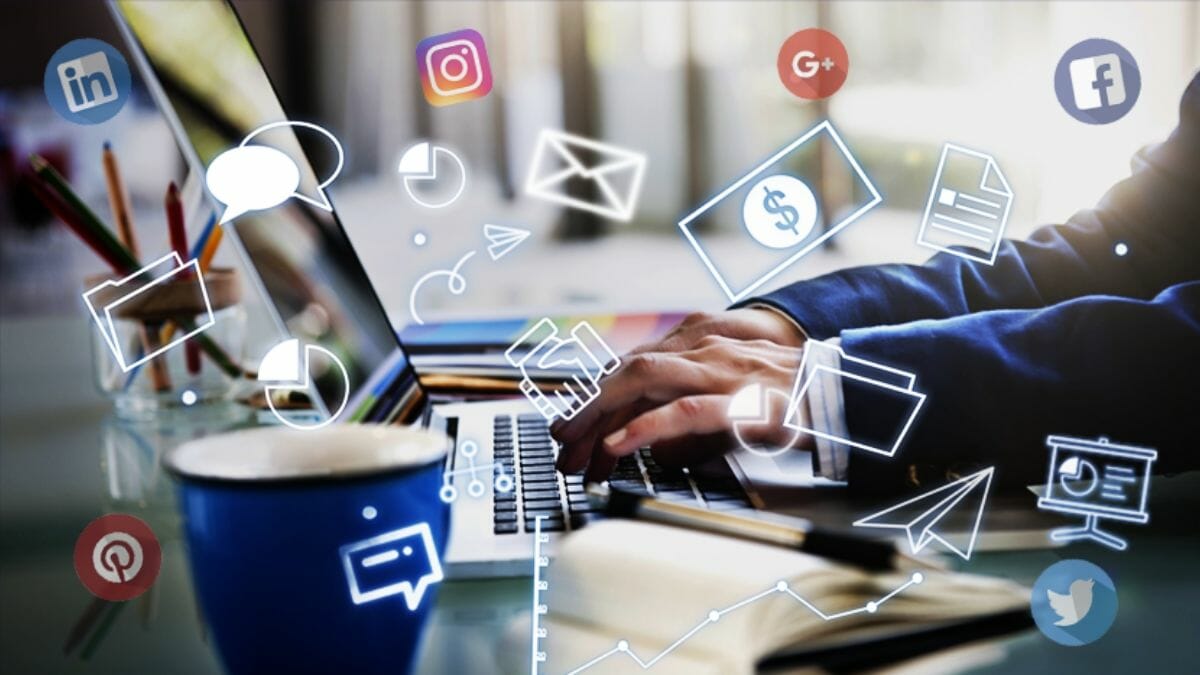 Prior to discussing anything in detail, we should understand some tiny crucial terms that are going to be used on it.

The context of this article will commence with the meaning of Social media presence and revolve around Social media monitoring tools, their types, and functionalities of each of them.

What is a Social Media Monitoring tool?

It is something that keeps you up to date about your social media presence. 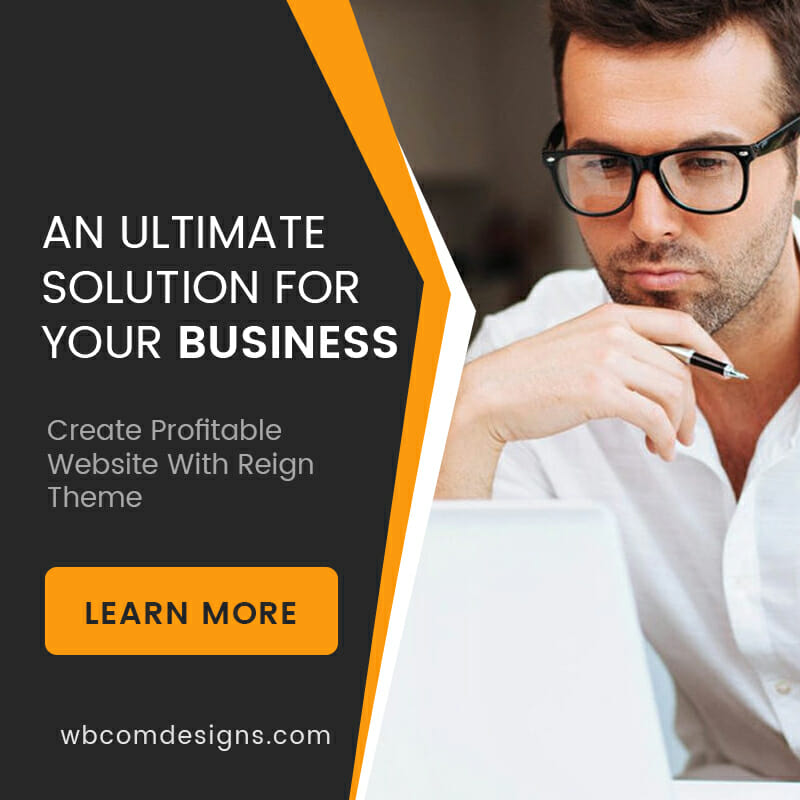 It is about promotion sometimes but not every person uses social media platform with promotional purpose.

We have numerous such tools today which are capable of handling almost every social media networks single-handedly, but not all of them are identical to each other.

Some do a specific set of work while a few cover almost every aspect.

When a tool is set to perform one specific functionality, it possibly comes out better than those which are designed to handle multiple functions together.

But that may not go right in case of Hootsuite, which is one of the best Social media monitoring tools of all time, as it handles almost every aspect related to the social media networks and has parallelly earned the name on its own capability and results by becoming patent SMM tool for many IT companies and big brands.

SMM tools like Buffer are kind of similar but limited with their operational flexibility as Buffer unlike Hootsuite, does not support the company profile handling in LinkedIn though it has LinkedIn support for an individual profile and page.

Buffer can be called as a post-oriented tool while Hootsuite is a social network-oriented tool. Thus, the insights and analytics of both tools vary accordingly.

If you’re a firm Tweet’er, you would like to be a TweetReach’er also. As its Twitter analysis is a deep digger and cultivating, provides in-depth metrics related to your followers and tweets.

If you’re desperate for your tweets, replies from any specific follower, TweetReach is designed for the dedicated Twitter geeks like you.

Though it is not a diversified social media monitoring tool but being focused on Twitter only, it consists of an enormous crowd due to Twitter’s popularity.

If you have just entered into a social media network and want to grow your account’s popularity, this tool is helpful with up to the mark automation tools in it.

● Auto replies.
● Retweets.
● Follow/Unfollow, etc. are some of the usual key roles that Sendible can perform in automatic mode.

As far as the reach count is concerned, social media is a wise platform where cheap strategies do not run longer. And those which are genuine and radical, take longer span but comes out with a long-lasting result.

IFTTT is especially known for conditional situations and reactions to handle in social media.

It is a very potato thing in social media that you would face an either-this-or-that situation, which is best known to be handled with a web-based service IFTTT (If This Then That).

Its name is as unique as it works. It is not a proper social media monitoring tool but is not less than one too. Though it cannot work for multiple social media networks at a time but is capable of almost intelligent replies which are even conditional.

It creates ‘applets’ which are a chain of simple conditional statements, kind of a desirable response to the actions and reactions that your social media account receives or experiences.

It is a web-based service which is not only used for social media monitoring but also for home automation such as assistive room lights, etc.

Social Booster is a comprehensive social media monitoring tool that keeps your social media activities scheduled and done even when you are offline. This is one of the reasonable SMM tools which provides free of cost handling of 500 followers and also not demanding stuff in paid mode (analysts say).

Yes, there is a con in terms of pricing that it doesn’t show the pricing plans it has for you unless you sign in or up. Apart from this, it doesn’t support Google+ as well which dwindles its star rating.

Dashboard plays a vital role in SMM tools because it becomes a playground at which you will play the game. Here, in Social Booster, it has one of the most impressive dashboards of all time as you can reply, receive and can even run ad-campaigns in it. Not every dashboard allows you to run ad-campaigns through dashboard directly.

Having PepsiCo and Stanford university as famous clients, Sprout-social supports almost every social media network but for no reason, it does not go with Pinterest.

SMM tools are of different tastes, with various dedications like some are for social media handling at a specific level, while some covers only a tiny portion to manage with limited network supports.

Similarly, Sprout-social, unlike others, is additionally known for its CRM (Customer relationship management) tool. CRM is a big thing to work on and if one tool is capable of managing your customer relationship records in all aspects, it is worth keeping into your official wardrobe.

‘Viral content’ is a functionality, famous for picking up most viral content and putting in front of you so that you will get to engage with the most viral things on social media.

As apparent it is to every social media geek, being involved in something trending keeps you crowded most of the time.

Post Planner implies the same strategy using the ‘Viral content’ functionality and gets you as much reach as possible.

It does not support Instagram and Google+, which becomes its major drawback but firmly runs with Pinterest which is one of the rarest social media network supported by Social media monitoring tools, thus, this fact keeps it above of many SMM other tools.

If you don’t want your fans to miss your post, you must choose Edgar as it can make that possible through its ‘keep posting’ functionality.

Apparently, when we post something, that post runs on the feed for a few hours of the day and goes far down after a certain period of time, due to which many of your followers could have not seen it.

This tool keeps that post updated and makes sure that every fan/follower of yours gets to see it and turns your post completely visible no matter how many hours have passed.

What makes this SMM tool a choice despite not supporting Instagram, Pinterest, and Google+ is its purchase options. It comes with nearly $50 per month and offers a payback guarantee within the month if one doesn’t like it.

How good it would be if your SMM tool would have its own mind and is capable of scheduling your posts according to their genres. No?

Social Flow is somewhat this kind of a social media monitoring tool which has a software inbuilt, that takes care of your uploads according to their genre.

It is one of the best SMM tool available in the market as it supports almost every big social network including Facebook, LinkedIn, Instagram, Twitter, and Pinterest. Moreover, it is better suited for those who opt Facebook as their marketing platform as it allows video vault to upload larger videos of up to 1000 segments.

The only lacuna it is denounced for is implicit purchasing options.

You can add just three social media networks into its free version and can start with just $9 of a monthly subscription to entertain all other social media monitoring tools.

Team access meant for every single member to the team can use that single account simultaneously with separate work of actions assigned to them without disturbing the other.

As far as a conclusive end of an article is concerned, it has to be radical and down to the earth always and must be informative in such a way that any beginner would like to read and take away a valuable note at least.

The dominance of social media is psychologically so high on us that many of us would rather opt to skip a meal but cannot curtail their social media presence even for a day.

Social media presence is one of the most common things we can witness today.

However, support in networks, Publishing, Scheduling, Security, Teamwork, and Integrity are some of those crucial factors for what any Social media monitoring tool is adopted.

“Aayush Goswami is a senior content writer at MAAN Softwares INC. He has been with this company for the past 2 years. Aayush specializes in technical writing with an emphasis on Mobile App Development, web design, and technology trends. Aayush finds covering the tech world to be an exciting and engaging experience as each day brings new and groundbreaking technologies to explore and write about. ”