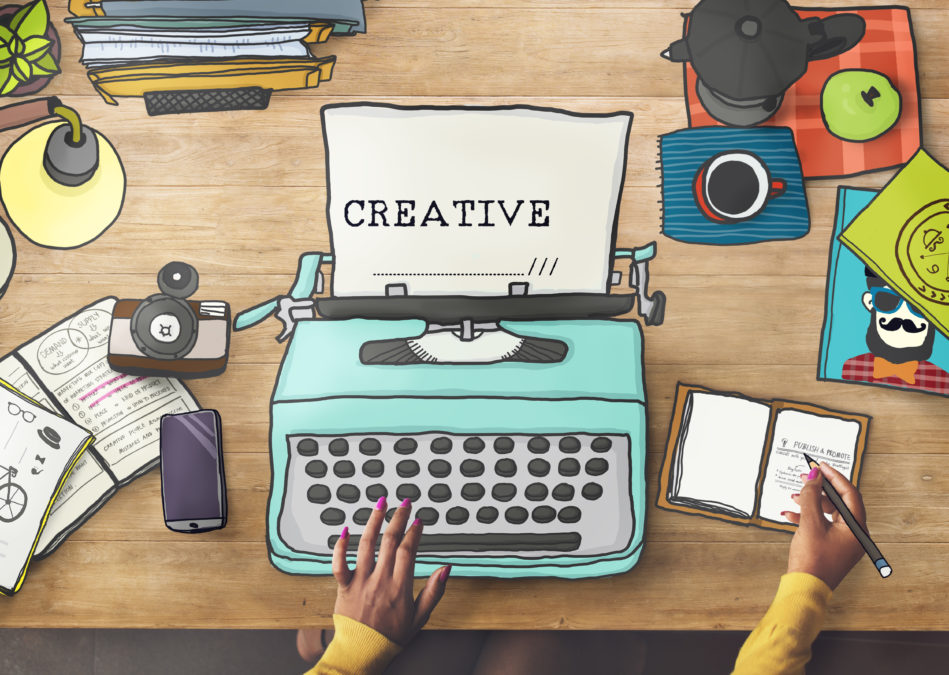 Writing fonts provide a more human feel to the text. Here, we will look into the many types of writing fonts, their use, and their characteristics.

Fonts are letters aesthetically arranging them in different styles that graphically represent characters. You may have seen many of these fonts, in different designs, such as chalkboard font, handwriting font, graffiti font, and others. Some of them are extremely decorative in calligraphy styles, while others are more formal. The term “writing fonts” usually refers to the ones that are created in a hand-written style, imitating actual handwriting.

These fonts are created with an instrument, like a pencil, pen, brush, or chalk, which means, they are either digital or handmade. Not just their styles, even the characteristics of these fonts can vary greatly – like, varying size and shape of the letters, the space between them, their thickness and slope, and also how frequently the elements get repeated in the letters.

In many cases, these fonts are not easy to read and understand. They also provide designs with a more human touch. However, it can be said that most handwritten fonts fall into either of these two categories – sans serif or cursive. There are some other styles like modern logo fonts as well.

Also called block letters, in this style, you won’t find a connection between the glyphs. In most cases, it is easy to read, though, some script fonts can be illegible. You will find instances where they are all in lowercase, upper case, and in all caps.

Also Read: How Does A WordPress Quote Plugin Enhance Your Online Community Website?

This style is also referred to as script fonts. Here, all or some of the characters are connected. It looks flowing and is more decorative compared to sans serif. Sometimes, this handwriting font is difficult to read and is thus avoided in formal writing. The cursive font can help you write more quickly as you won’t have to lift your writing instrument. When the kids begin to learn writing, they start with sans serif letters, only then move on to script fonts.

Sans serif and cursive again can have different handwritten font types, such as –

Signature Fonts – This style mimics the signature handwriting of people. It can be slanted or upright. Signature fonts are usually in cursive because we sign in a flowing continuous way. Its thickness depends on the writing instrument. For example, a marker produces a thicker font compared to a ballpoint pen. Modern-day signature fonts have many variations. This is a good font to use invitations, logos, and others.

Brush Fonts – These handmade fonts are made with brushes and ink or brush pens. You will find a lot of variety both in the brushes used and brush fonts, including sans serif, cursive, and casual styles. Some of them have a texture where the brush looks very realistic. In SVG fonts, the glyphs are not vectors. They are images. The designers will often use thicker brush fonts in advertising and packaging. Thinner fonts, on the other hand, are used in logotypes.

Also Read: Here are best WordPress Affiliate Programs that you must join

Chalk Fonts – This looks as if it has been written with chalk, which gives the font its name. It has a grainy and powdery texture. You will find this font in many styles ranging from thick cursives to skinny sans serifs. Chalk fonts can be used in lettering designs for greeting cards, posters, and packaging. Thinner fonts also look good.

Monoline Fonts – Here the stem thickness both horizontally and vertically is the same. This font can be both sans serif and cursive. However, they look particularly good when they have relatively thicker lines. They have a vintage appearance and are thus often used on posters and postcards.

This has similarities with sans serif. But, there is a major difference. Here, small decorative strokes will be put at the end. Some of the most commonly used serif fonts include Times New Roman, Garamond, Baskerville, Georgia, and Courier New. 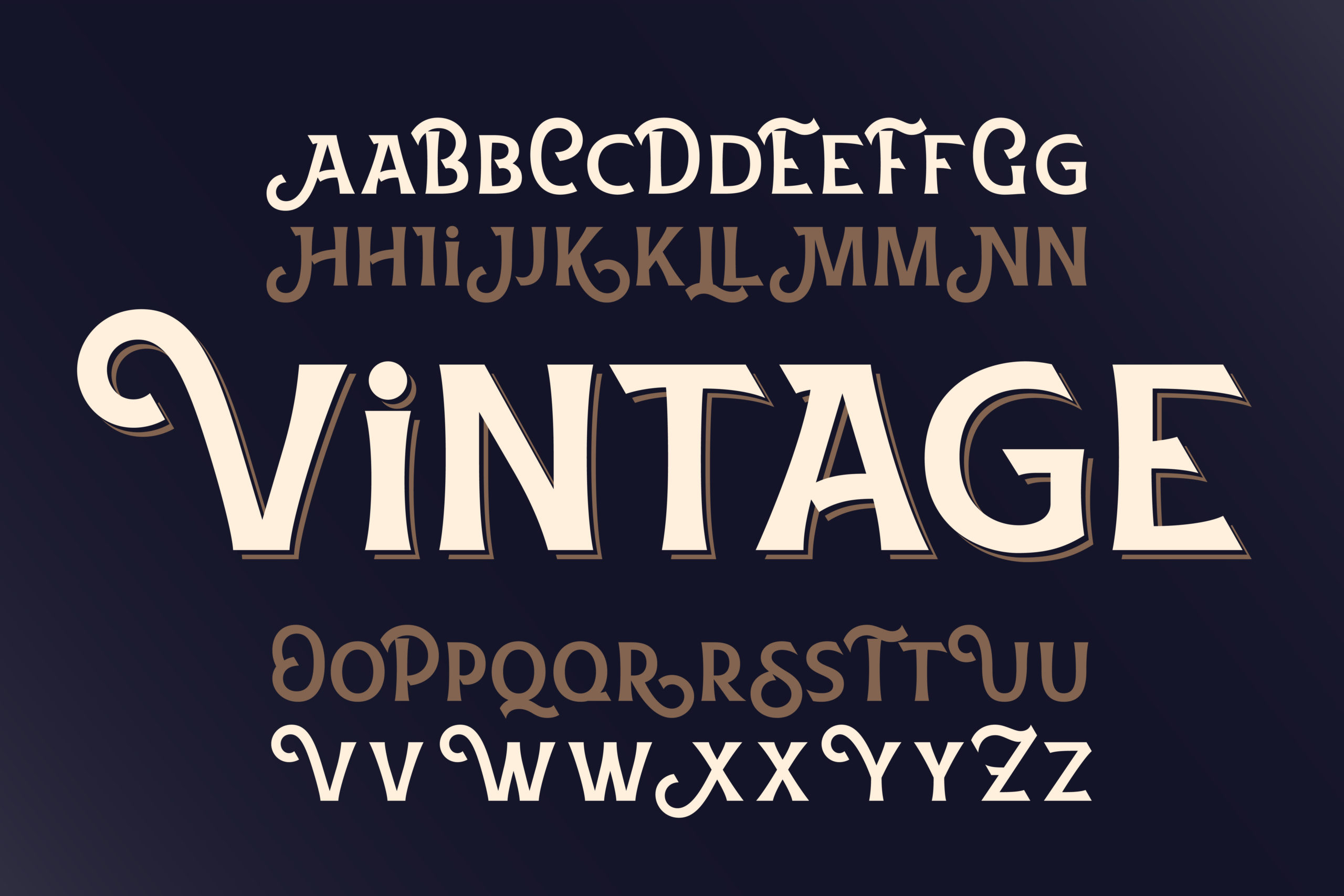 This is a very useful font when you want to represent something that is traditional and old. This is not formal in the conventional sense. However, you will still find this to be popular in the design trade where many people recognize and appreciate its beauty.

Also Read: Be Helpful with Your Customers with WordPress Product Recommendation Quiz Plugin

This is a calligraphy script originally that has a long history. It can be traced back to the middle ages. It may be old, but the style still has its use for a good reason. Pick this type of lettering If you are trying to represent something old and traditional as it has a very good resemblance with the writing done in the medieval days. This is a distinctive style as well, so it will be a very good contrast with the modern lettering styles.

This too is unique because it involves more than just letters. Here, instead of only drawing the letters in shapes, you will also have to add different other elements, such as textures, motives, and illustrations. This will bring your lettering to life and provide additional context.

Display fonts in creative lettering are used in large sizes for headings and logos. They are not suitable for body copy as they become illegible. Display typefaces will often have more eccentric and variable designs than the simple, relatively restrained typefaces generally used for body text. Choose the right font to build your brand online. Here are some famous fonts to check out from Action Fonts.

Calligraphy is elegant handwriting. It is the process of creating beautiful symbols by hand and arranging them in an aesthetic way. It is more than just a font because a lot of drawing is also involved here. Calligraphy refers more to the visual style of presentation.

Lettering, of course, is bigger than calligraphy. It contains the use of alphabets and letters, communicates meaning, and involves graffiti, sign-writing, typography, graphic design, and other disciplines.

How to Add Custom Fonts to WordPress?