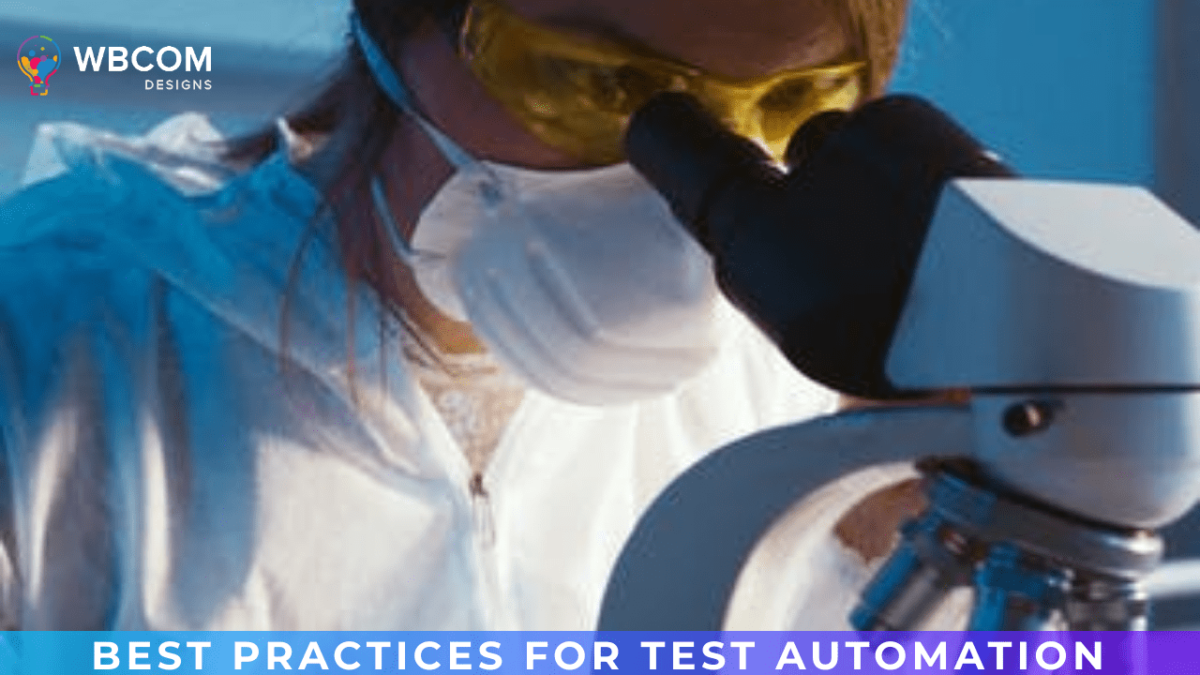 When compared with manual processes, test automation expedites the development pipeline by speeding several testing phases. Testers can use automation testing to perform more test cases and increase test coverage. There are countless other benefits of implementing automated testing, but how can they be accentuated?

Here are some best practices for test automation to maximize the benefits of this software testing method.

The test scripts software developers and testers write are the core elements of a successful automated testing project. Therefore, when writing these test scripts, you have to be extra careful. Ensure that the test case scripts are comprehensive and run tests on all critical software functionalities.

To write foolproof scripts, map out their outcomes and work from that information to develop effective test case scenarios. Understand the goal of each test before writing the scripts and create a checklist of all main functionalities that must be tested. Although this process might take some time, it will be worth it down the line.

Automating test processes in the testing phase only does not return good results. Instead, test automation should be implemented from the root level upward. This simply means that developers should also automate their tests for better results down the line.

For example, by implementing test automation when running unit tests, software testers and QA analysts won’t experience major errors in their workflow. A side benefit to this is that it will take less time to get the software product to deployment. Implement advanced test automation for CI/CD processes and automate testing throughout the entire project pipeline as a full-stack solution.

Test automation should not be a complex undertaking that confuses software testers and QA analysts. Software testing personnel should not spend more time trying to figure out how the entire automation process works.

Instead, the test automation should be an aid that helps them complete their work quicker. With that being said, consider getting rid of any tools or test cases that are not relevant to that particular project. Make the testing process as lean as possible without compromising key test parameters. At the same time, delegate some testing processes to developers in the form of a CI/CD pipeline.

Also Read: How to Implement Automated Testing for Your WordPress Site

During the testing phase as a whole, there are different stages that the testing team must go through. These stages represent different test processes targeting different outcomes. Most of those stages can be automated and require minimal human involvement but others need constant monitoring.

To rightfully appropriate both human and tech resources to the testing stages, you have to outline the entire process in detail. Plan carefully how each test will be conducted and when it should be done. From then, detail the resources required and carefully appropriate them using those insights. While outlining the testing process, ensure that you clearly stipulate the expected outcomes for each test.

5. Know what tests to automate

There are so many tests to run before deploying a software product, but not all of them can or should be automated. Some tests are best run manually to ensure that the product is functional and satisfies customer expectations. Clinical tests like unit, integration, and system testing can be automated. There are several other tests that you should automate, but a few must be left to human resources.

For example, UI tests and functional testing are best handled by human resources. The phase before releasing the software’s beta version, generally called alpha testing, should be done by people. Knowing which tests are best done manually or autonomously is a critical component in improving software test results.

Also Read: How to Add RSS button to Your WordPress Blog

Data-driven tests are critical for true representations of software performance. The data could be stored on an XML database or CSV file for automated tests. Running data-driven tests helps create test cases that indicate software functionality in simple terms.

In some cases, the data can be obsolete and require constant updating. In that case, ensure that the data used for software tests are accurate and up to date. Monitor the state of each piece of data to ensure that it will return accurate and reliable test results. Carefully maintaining test data improves the overall benefits of automated testing by improving accuracy and reliability.

Standardizing test processes helps improve the benefits of automated testing by expediting the delivery time. Using the same framework or scripting language to write test scripts unifies the workflow, and testers can seamlessly work through the required tests. Having the same test frameworks also standardizes unit testing with other test processes, which improves the results. You can use framework libraries with vast testing process options to standardize your workflow. At the same time, instead of targeting tools that conduct limited tests, consider sourcing more comprehensive ones. If possible, also try to get tools from the same enterprise that integrate well with one another.

How to Create and Sell an Online Course – A Complete Guide